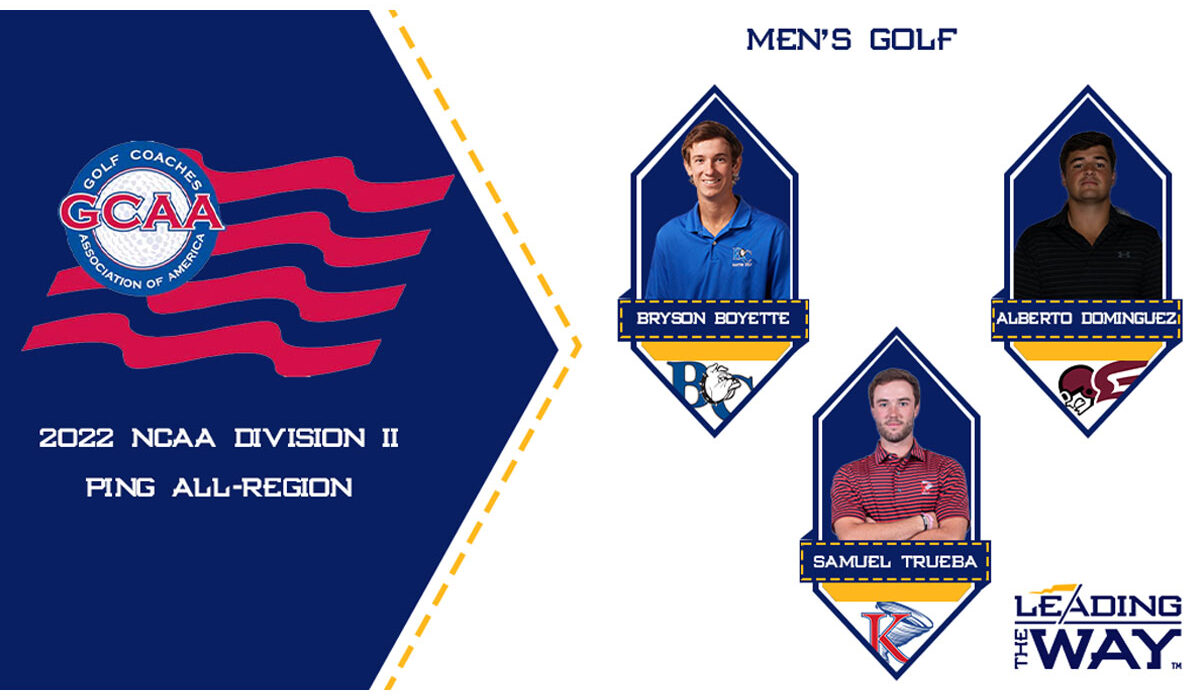 Bryson Boyette of Barton, Alberto Dominguez of Erskine and Samuel Trueba of King were each named to the Southeast All-Region team.

Dominguez earned a trip to the NCAA Division II Southeast Regional as an individual as he finished the regular season ranked 22nd with a 72.01 adjusted scoring average and was also an All-Conference selection.

Trueba, who finished tied for third as an individual at the 2022 NCAA Division II Men’s Golf National Championship, finished the regular season ranked fifth with a 71.25 adjusted scoring average.