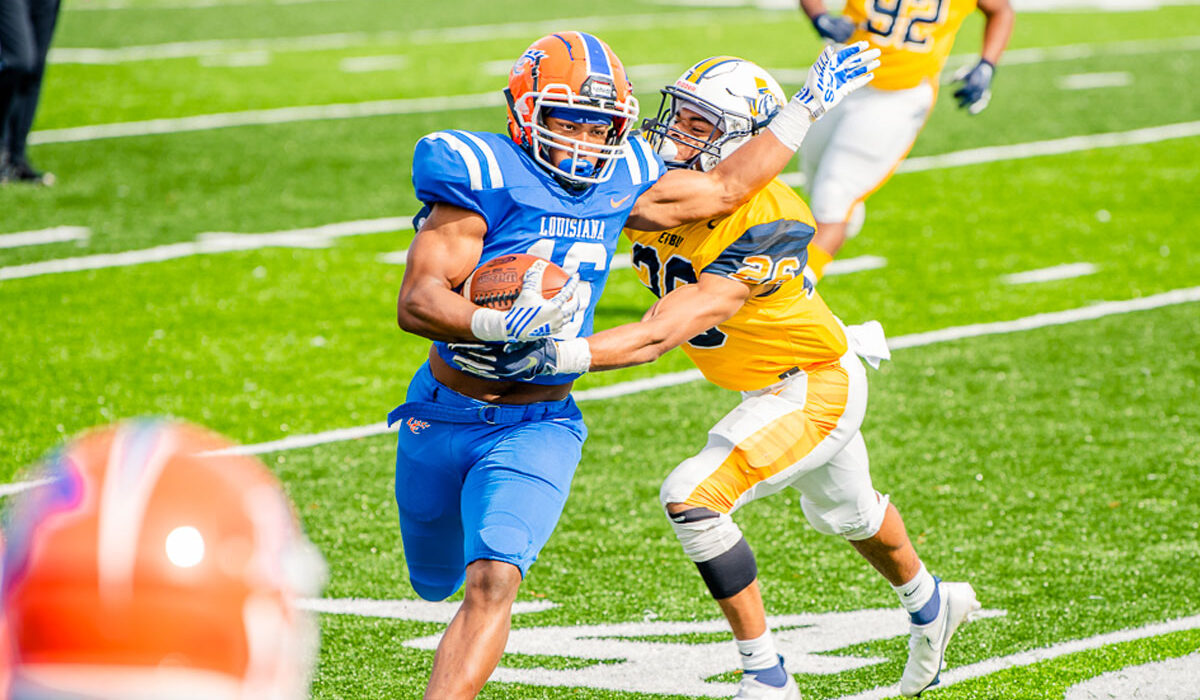 PINEVILLE, La. – A shortened season in the spring could not stop two members of the Louisiana College football team of making their name on the national stage as Devin Briscoe was named a Second Team All-American while Micah Latin was named Second Team All-Region by D3Football.

Briscoe, a junior running back from Cecilia, La., impressed in his first season in the orange and blue, adding the D3Football Second Team All-American honor to his First Team All-American Southwest Conference honor. Briscoe rushed 96 times for 648 yards and four touchdowns during the 5-game spring 2021 season. He twice rushed for more than 200 yards in a contest, going for 202 yards and two scores against D3 power Mary Hardin-Baylor and followed that up a week later with a 231-yard one touchdown day against McMurry in the season finale.

Latin, a junior defensive lineman from Gloster, La., grew into a stabilizing force along the end of the defensive line as he was named Second Team All-Region by D3Football, adding that award to his Defensive Lineman of the Year Award from the American Southwest Conference as well as First Team All-Conference. He had 29 total tackles during the five-game spring 2021 season, including seven tackles for loss and four sacks.

The Wildcats completed their spring 2021 pandemic season with a 2-3 overall record and a 2-2 record in conference. LC will be in the NAIA and the Sooner Athletic Conference for the regularly scheduled fall 2021 season. Opening day of the 2021 season is set for August 28th against North American University. Kickoff against the Stallions is set for 5:00 P.M. at Wildcat Field.