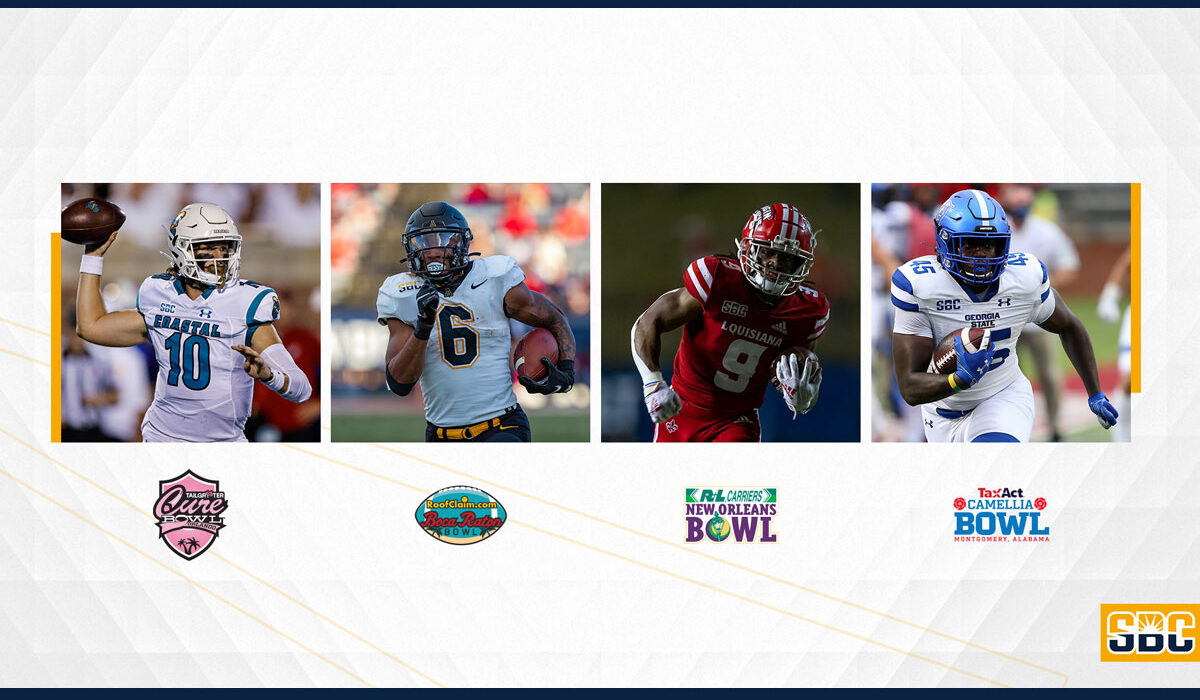 Coastal Carolina (10-2, 6-2 Sun Belt) is headed to the Tailgreeter Cure Bowl for its second-ever bowl appearance and will be in search of its first-ever bowl victory. The Chanticleers will square off against MAC champion Northern Illinois (9-4, 6-2 MAC) at 5:00 p.m. CT on Friday, Dec. 17, in Orlando, Fla., with the game being nationally broadcast on ESPN2.

App State (10-3, 7-1 Sun Belt) will make its seventh-straight bowl appearance and will attempt to make it seven-straight bowl victories in the RoofClaim.com

Georgia State (7-5, 6-2 Sun Belt) will round out the Sun Belt’s postseason lineup, with its third-straight and fifth all-time bowl appearance coming in the TaxAct Camellia Bowl. The Panthers will match up against Ball State (6-6, 4-4 MAC) at 1:30 p.m. CT on Saturday, Dec. 25, in Montgomery, Ala.

The Sun Belt has won 69 percent of its bowl games over the past five seasons—including 4-of-5 a year ago—to lead all FBS conferences.