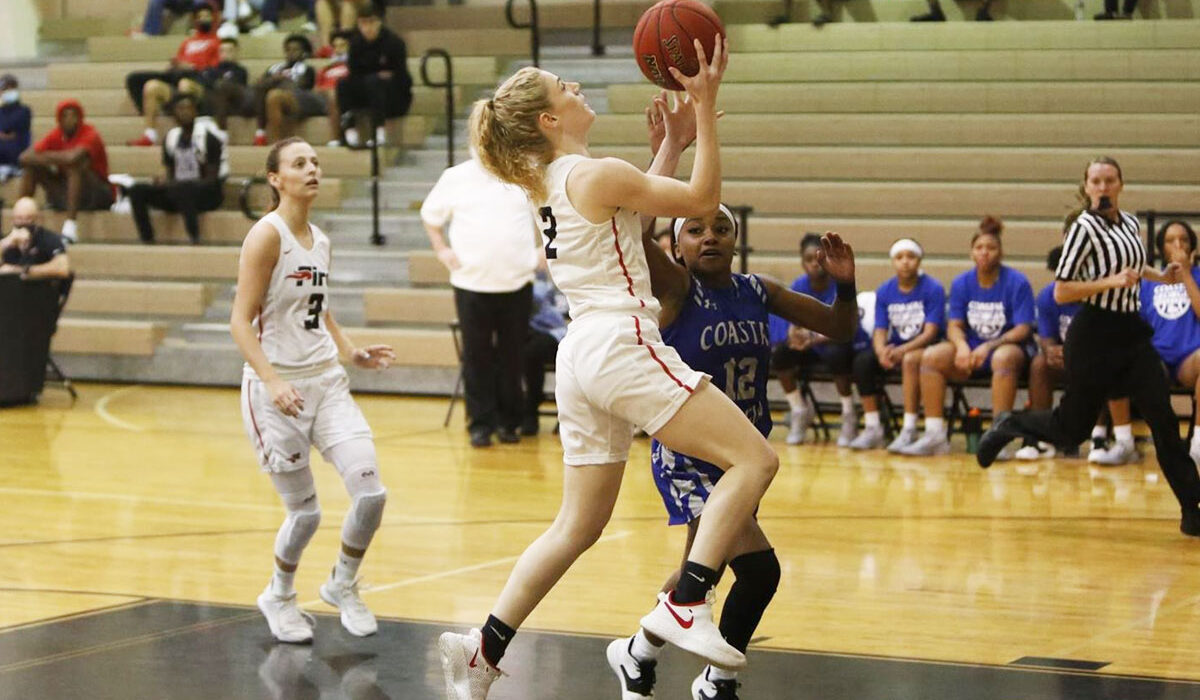 LAKELAND, Fla. — The Southeastern University women’s basketball team got out to a quick lead and didn’t look back in their 105-42 victory over Thomas University, improving their record to 12-2 with a 10-0 mark in conference play.

A career day from sophomore guard Haley Howarth paced the Fire to victory as she poured in a career-high 32 points.

Howarth outscored the Thomas NightHawks by herself in the opening quarter, scoring 14 of the Fire’s 26 points compared to nine for TU. She connected on four of her five 3-PT attempts in the first quarter and finished the night with eight made threes.

SEU took a 48-22 lead into halftime thanks to 22 giveaways from Thomas, leading to 29 points off turnovers for the Fire in the first half.

Howarth led all scorers with 22 points after the first two quarters of action and was followed by Bekki Kalaydjiev with eight and added three assists.

SEU didn’t let their foot off the gas to open the second half, outscoring Thomas 32-10 in the third quarter en route to their 63-point win. This was their largest margin of victory of the season.

Four others joined Howarth in double figures in scoring with Jade Odom totaling 16, Kalayjdjiev and Madi Hecox both finished with 14, and Gabrielle Ozoude adding ten off the bench.

Kalaydjiev was two steals away from a double-double as she recorded eight takeaways.

As a team the Fire put together their best shooting effort of the season, making 57.6% of their field goal attempts, and hit 13 of their 25 shots from 3-PT range.

The Fire return to action on Thursday when they travel to face St. Thomas at 5:30 pm.