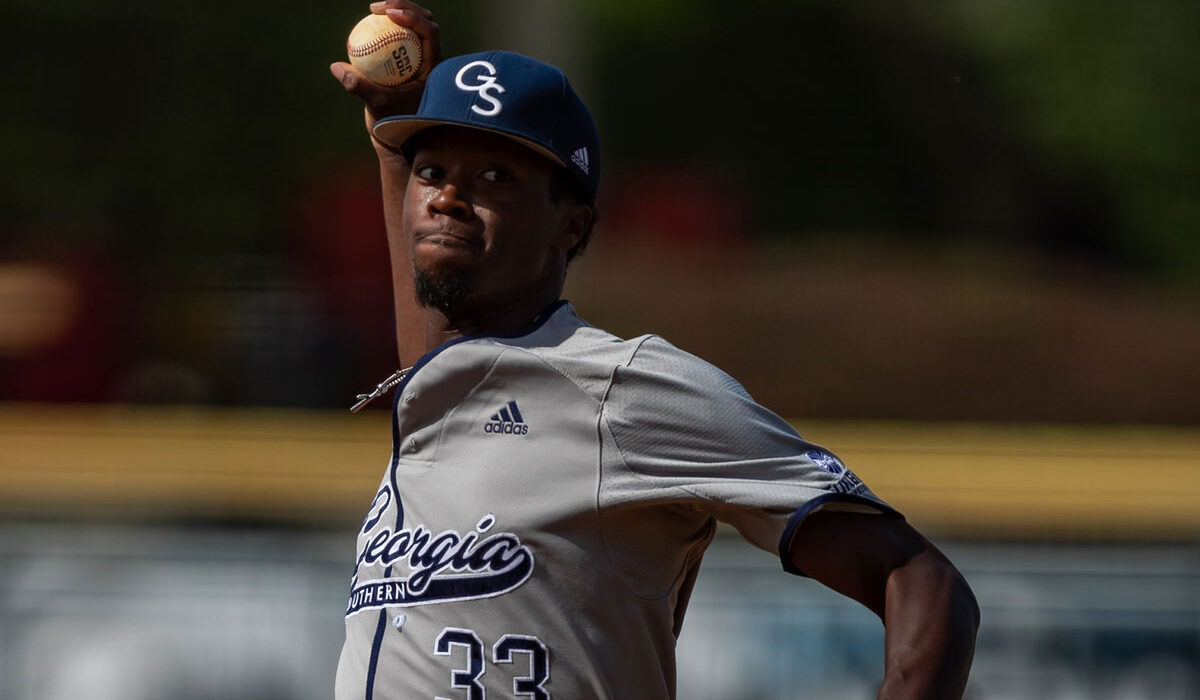 MONTGOMERY, Ala. – South Alabama and Georgia Southern will square off in the championship final at the 2021 Guardian Credit Union Sun Belt Baseball Championship presented by Troy University in Montgomery, Alabama.

Each team required a late-inning or extra-innings rally to earn a one-run victory in Saturday’s semifinals to advance to the championship game.

Both teams manufactured three runs between the third and fourth innings to knot the game at 3-3. UTA gained a one-run edge on a sacrifice fly from redshirt senior shortstop Josh Minjarez with the bases loaded in the top of the sixth, before Jaguar junior reliever Tyler Perez struck out Mavericks senior outfielder Connor Aube to get out of the jam.

The Jaguars responded with a rally of their own in the bottom of the eighth, with a hit by pitch, a single and a walk loading the bases. With two outs and a 3-2 count, junior third baseman Cameron Tissue singled to right center field to plate the tying and go-ahead runs for South Alabama in the 5-4 win.

Senior left-handed pitcher Tyler Samaniego, who struck out two and allowed just one hit in the seventh and eighth innings, earned the win for the Jaguars. Senior right-handed pitcher Jase Dalton picked up the save following a three-up, three-down top of the ninth.

South Alabama improves to 92-60 in Sun Belt Championship contests all-time and will have a shot at its 13th tournament championship on Sunday.

Senior outfielder Parker Biederer had all three RBIs for the Eagles—including beating out a throw to first on a bunt in the top of the 11th inning to allow senior first baseman Jason Swan to score.

Senior right-handed pitcher Jordan Jackson threw a gem for Georgia Southern, retiring 18-straight from the second through seven innings, to help the team maintain a 2-1 advantage. Louisiana manufactured the tying run in the bottom of the ninth—and had two men aboard with no outs—but could not plate the walk-off tally.

Junior left-handed pitcher Jay Thompson, who worked the 10th and the 11th, earned the win for Georiga Southern. The Eagles move to 12-7 in Sun Belt Championship games all-time and will have a chance to earn their first tournament title on Sunday.

The 2021 Guardian Credit Union Sun Belt Baseball Championship presented by Troy University concludes Sunday, with the championship game slated for 1 p.m. CT. Tickets remain available, with prices ranging from $10 to $25. For more information on tickets and seating options, contact the Montgomery Biscuits ticket office by calling 334.819.7483. Each game of the Sun Belt Baseball Championship will also be broadcast live on ESPN+.