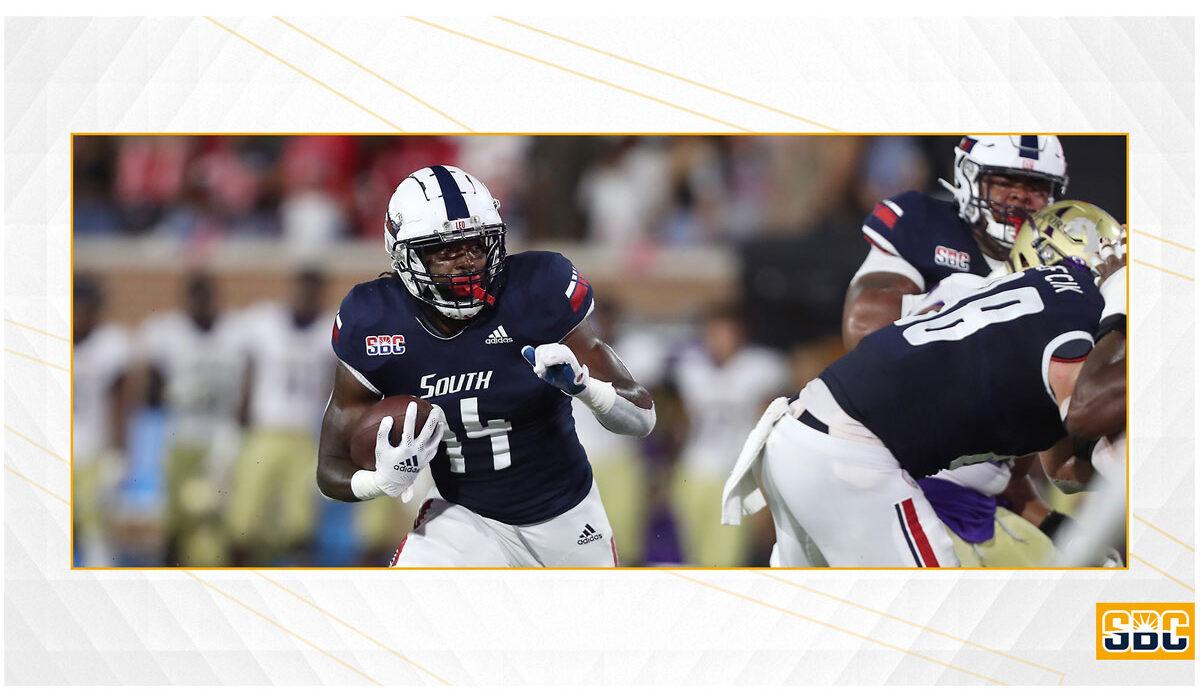 NEW ORLEANS – No. 16/18 Coastal Carolina and South Alabama remained unbeaten, while ULM snapped a 12-game skid in Week Three action. The Chanticleers are off to a 3-0 start for the second-straight season, while the Jaguars are 3-0 for the first time since joining the FBS in 2012.

Louisiana moved to 6-0 in non-conference home games under head coach Billy Napier with a 49-14 rout of Ohio Thursday night, in front of a primetime audience on ESPN. The Ragin’ Cajuns rushed for 310 yards in the contest, led by an 84-yard, four-touchdown effort from freshman running back Montrell Johnson.

In front of a sellout crowd of 30,224—the eighth-largest crowd in the history of Kidd Brewer Stadium—App State bested Elon, 44-10. Senior linebacker T.D. Roof’s 90-yard interception return and fellow senior linebacker D’Marco Jackson’s 4.5 tackles for loss and three sacks highlighted the defensive effort for the Mountaineers.

A career-long 76-yard touchdown scamper for redshirt junior quarterback Justin Tomlin headlined the Georgia Southern offensive production in a 45-10 loss at No. 20/24 Arkansas.

Arkansas State fell, 52-3, to Washington in the first-ever meeting of the two programs.

Georgia State picked up its first victory of the 2021 campaign with a 20-9 win over previously unbeaten Charlotte.

Texas State failed to recover an onside kick in a one-possession game with 56 seconds to play, falling victim to Incarnate Word, 42-34.

Behind four field goals from senior kicker Calum Sutherland, ULM snapped a 12-game skid and earned the first win of the Terry Bowden era with a 12-7 victory over Jackson State. Sutherland connected from 29, 45, 42 and 49 yards out to produce all of the scoring for the Warhawks.

In its first season under head coach Kane Wommack, South Alabama is off to its first 3-0 start since joining the FBS in 2012. A 150-yard, three-touchdown performance from senior running back Kareem Walker propelled the Jaguars to a 28-21 victory over Alcorn State.