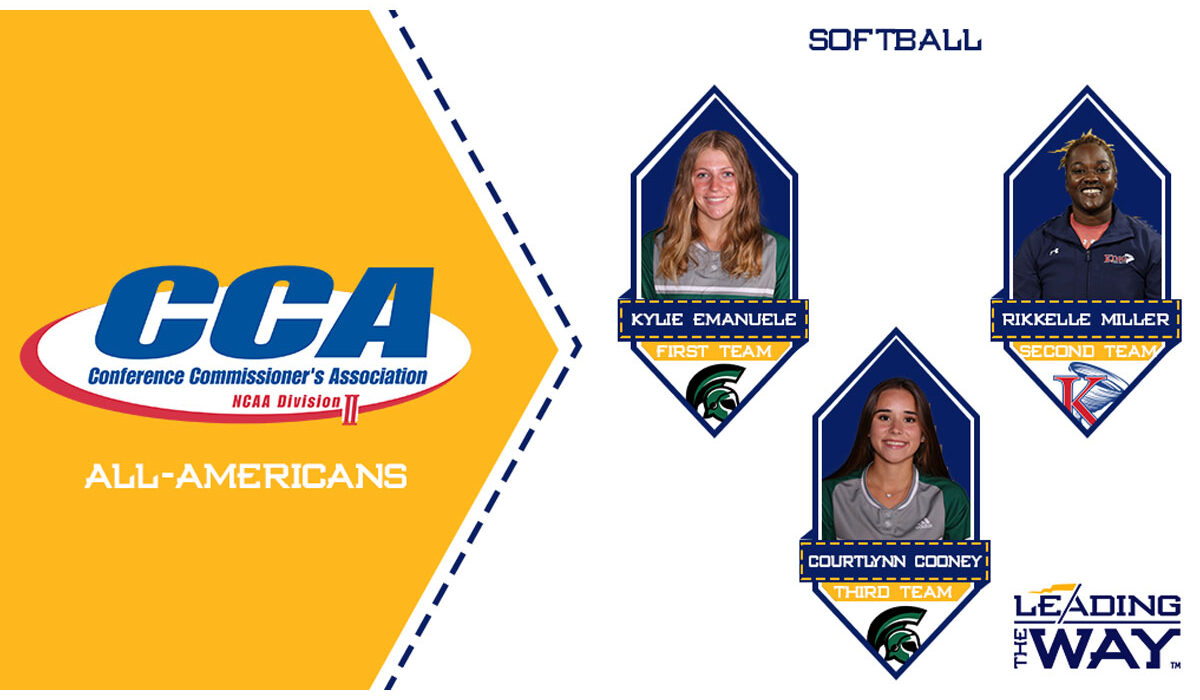 Kylie Emanuele of Mount Olive was named to the first team at third base while teammate Courtlynn Cooney Jr. was a third team selection in the outfield. Rikkelle Miller of King was named to the second team at utility.

A 2022 D2CCA First Team All-Region and NFCA All-American selection, Emanuele led Conference Carolinas in hitting this season with a .484 average (77-for-157), a .889 slugging percentage and 82 RBIs. She was named the 2022 Conference Carolinas Player of the Year and was named to the Schutt Sports/NFCA Division II National Player and Pitcher of the Year Top 25 award list. A junior infielder from Corona, Calif., Emanuele finished the season with 21 doubles, two triples and a school record 13 home runs. She also scored 45 times and was 21-for-21 on the bases. Her 82 RBIs lead all of Division II, while her average is third-best and doubles are sixth.

A senior catcher/infielder from Fayetteville, Ga., Miller hit .383 on the season and her solo home run in the 2022 Conference Carolinas Softball Championship gave the Tornado a 1-0 victory to secure the title. She ranks fourth in the southeast region with 15 home runs, sixth in hits (69), eighth in slugging percentage (.756), 10th in RBIs (49) and 13th in doubles (16). She also owns an OPS of 1.193. Miller was also selected to the 2022 Conference Carolinas Softball All-Tournament Team.

A 2022 D2CCA All-Region selection, Cooney was a 2022 Conference Carolinas First Team All-Conference outfielder and hit .442, second on the team for the Trojans and third-most overall in Conference Carolinas. A junior outfielder from Mechanicsville, Md., Cooney led the conference in runs scored (65) and stolen bases (46-of-47). She slugged .553 with a 1.034 on-base plus slugging percentage (OPS) with 11 doubles, five triples and 33 RBIs. She currently ranks fifth in the NCAA in runs scored and stolen bases.