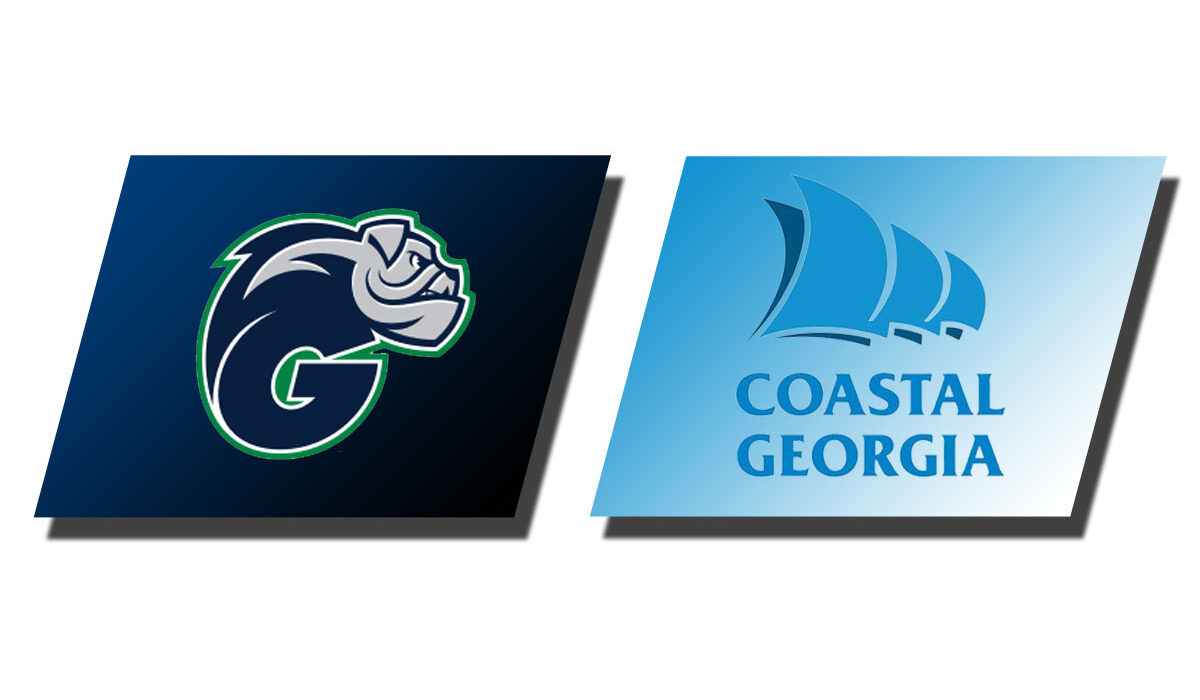 BRUNSWICK, Ga. – The Ave Maria University volleyball team earned their first-ever win at Coastal Georgia on Saturday afternoon, knocking off the Mariners in straight sets, 25-9, 25-22, 26-24. The Gyrenes had been swept in each of their previous four meetings at the Coffin Gymnasium, dating back to the 2016 season. With the win, the Gyrenes claimed sole possession of second place in The Sun Conference with just over two weeks to play in the regular season.

Saturday’s first set was the Cabriella Bouterse show. The native of Suriname was completely unstoppable, logging ten kills on eleven swings. The junior was responsible for ten of AMU’s 12 kills in the opening frame, and led an Ave Maria attack that did not have an attack error and posted a .545 hitting percentage. AMU used a 9-0 run during the set to take a 20-7 lead, and never looked back en route to a 25-9 romp.

Early in the second set, it looked to be more of the same for the Gyrenes. Ave Maria raced out to an 8-2 lead, which included two aces from Victoria Schein and two blocks – both of which involved Bouterse and Erica Chenard. Ave Maria led by as many as nine at 14-5, but the Mariners were able to rally. Coastal Georgia got as close as one point, and trailed by just two at 24-22. However, a kill from Madelyn Haut put the second set away, and gave the Gyrenes the chance to sweep the Mariners on their home floor.

Coastal Georgia grabbed an early lead in the third set, leading by as many as three points (8-5) and as late as a 22-21. Trailing 22-21, the Gyrenes scored three of the next four points, including another Bouterse kill to set up their first match point. After Coastal Georgia fought off match point to tie the set at 24, a CCGA attack error followed by a block from Chenard and Bouterse finished the match, giving Ave Maria their tenth win of the season.

Ave Maria’s front line was once again critical in the victory, as the Gyrenes logged eight blocks as a team. This advantage at the net allowed AMU to force 29 attack errors from the Mariners, while committing just nine of their own. The Gyrenes also claimed a .280 to .017 advantage in the hitting percentage category.

Bouterse led the Gyrenes with 16 kills in the victory, and logged a .640 attack percentage. The junior also posted six total blocks, a team high. Lily Witkoski added 30 assists, while the defensive effort was led by 13 digs from Alejandra Suarez and eleven from Miah Pena. On the block, Chenard had five block assists for the Gyrenes.

AMU’s next match comes at home on Wednesday against the only team other than Keiser to give the Gyrenes a loss – the St. Thomas University Bobcats. With a win, the Gyrenes will take full control of the race for second place in The Sun Conference. Opening serve in Ave Maria is scheduled for 7:00 p.m.