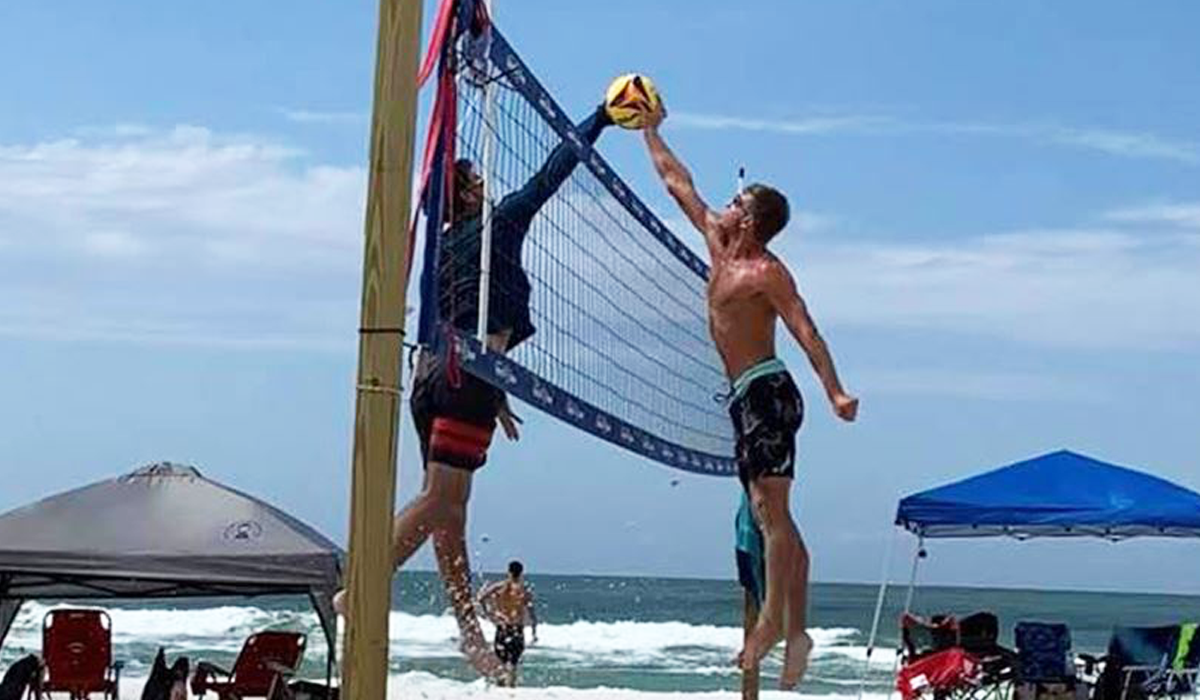 After a rough start to the day with severe weather, some of the teams settled down in their respective divisions and persevered throughout the day.

In the open division, Chris Ludwig and Peyten Young had a tough second round match that dropped them down to the contender’s bracket. They were able to fight their way back to the playoff rounds and took third place in a very competitive draw.

Justin Beecher and Steven Bartlett had a great performance in the AA division, coming out of pool play undefeated and getting to the playoffs. They were able to win their first event as a pair after defeating the top-seeded team in their division.

Tim Rouch Jr. and Bury Inelus competed in the A division and were able to make it out of pool play with only one loss on the day. They finished third in their division, with great results for being their first event together.

“I am glad Steven and Justin were able to put it all together and win this event,” spoke Head Coach Carlos Jimenez. “They had a tough draw but were able to use some of the elements that they have been working on and communicate effectively to come up with solutions to the challenges of the day.”

With the first half of the inaugural Webber men’s beach volleyball season winding down, the Warriors will face their last challenge at the Collegiate Championships hosted by the USA Volleyball (USAV) Florida Region on Saturday, Oct 17, in Tavares, Florida.