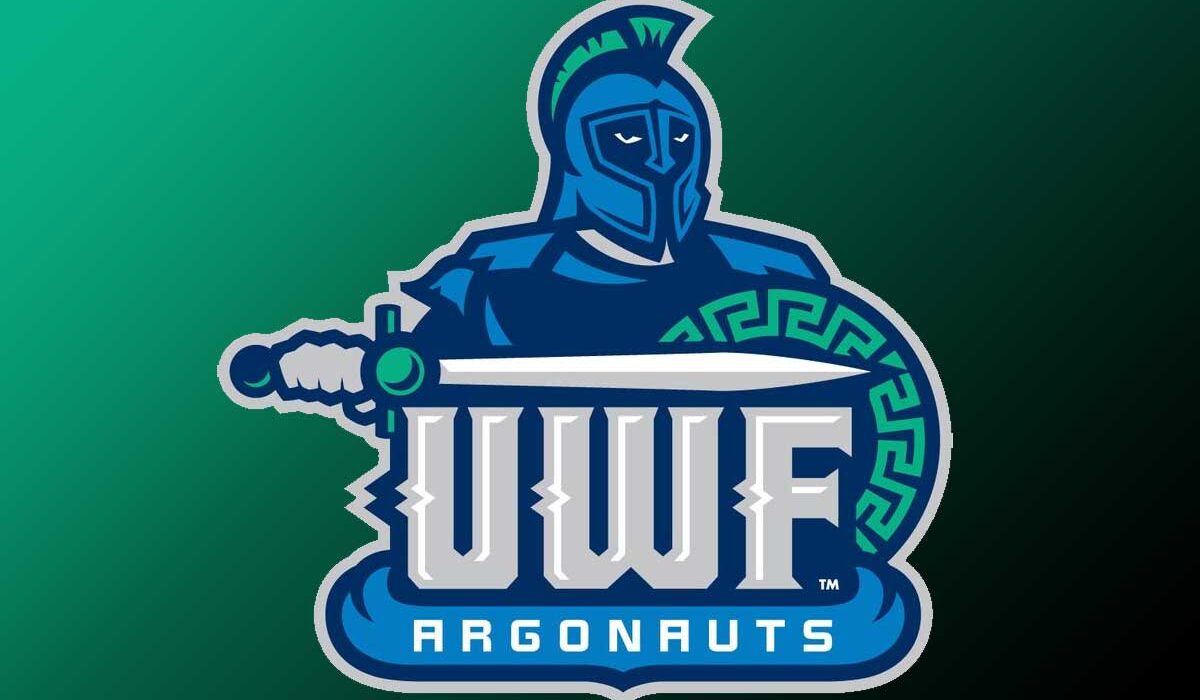 BIRMINGHAM, Ala. – Simply put, the UWF men’s golf team is the gold standard in the Gulf South Conference and that was reinforced on Tuesday when eight Argonauts and their coach were named to the GSC Men’s Golf All-Decade Team. Chandler Blanchet was named the Golfer of the Decade and Steve Fell was voted the Coach of the Decade.

All eight honorees are among the top 15 of UWF’s career stroke average ranking, including five of the top nine.

Blanchet graduated in 2017 after establishing himself as one of the best golfers, not just at UWF and the GSC, but in Division 2 history. The 3-time First Team All-America selection posted a school-record 70.94 stroke average over 139 rounds. Among his 18 UWF records were 13 individual wins, 79 rounds at par or better and 47 of those in the 60s. His 2016-17 season was arguably the best in D2 history as he posted a 68.76 stroke average, won seven of 12 events, including the individual National Championship and was named the Jack Nicklaus Award winner as the National Player of the Year.

Heredia was a 2-time All-America and 2-time All-GSC from 2012-15. He was named the GSC Freshman of the Year in 2012 after posting a 74.67 stroke average when he joined the team in January. As a junior in 2014, his 203 score at the GSC Tournament established a new championship record. He bookended his career with the 2015 Player of the Year award which followed his third-consecutive GSC All-Tournament honor after finishing in the top 5. Over 109 rounds he fashioned a 73.76 career stroke average. He was also a 2-time GCAA All-America Scholar.

Huizinga concluded his career in 2019 following four All-America seasons, including Second Team mention in 2017 and 2018 and Honorable Mention in 2016 and 2019, and a spot on the Freshman All-America Team. He ranks third all-time at UWF with 72.68 stroke average and second with 24 rounds in the 60s. He was a 3-time All-South Region selection and had a pair of individual tourney wins.

Rodriguez played form 2009-12 and left UWF ranked third with a 73.2 stroke average. In his two seasons during the decade, he had a 72.09 average over 66 rounds, with All-America honors both years. His 71.3 average in 2012 earned him First Team All-America plaudits and a spot on the GCAA All-Nicklaus Team as one of the top 24 players across all divisions. He was a 3-time GSC All-Tournament Team member, the 2011 GSC Medalist and the 2012 GSC Player of the Year.

Westmoreland was one of just six players in the decade to earn at least three All-GSC mentions, while putting himself on the First Team his final two years in 2017 and 2018. He ranks third in program history with a 72.25 stroke average and with 21 rounds in the 60s. His 56 rounds at par or better are second all-time, which includes 21 out of 39 in 2017-18 when he registered a 71.18 average to rank fourth in single-season history. His 5-1 record in NCAA Championship Match Play events is a program record.

Bosso capped a 5-year collegiate career with a 71.92 stroke average and three wins in 13 events as a senior in 2018-19. His career average of 73.23 ranks eighth all time as an Argonaut. He was a 2-time All-America, All-South Region, All-GSC, All-America Scholar and GSC Spring All-Academic selection while paying on four GSC title teams and two NCAA South/Southeast Regional championship squads.

Black was a 2-time All-South Region recipient and a 4-time First Team All-GSC from 2009-12. His 73.78 stroke average is 15th at UWF after ranking seventh at the end of his career. He joined Rodriguez on UWF teams that won the 2011 GSC title, was the 2012 runner-up and advanced to a pair of NCAA Regionals.

Bonning played from 2008-11 and was a First Team All-GSC player in his final two seasons, which included a 72.21 average, GSC Player of the Year and Third Team All-America honors as a senior. His 341 career birdies set the school record and is currently fifth, while his 11 eagles were second and are now fourth. The 3-time All-South Region honoree compiled a 73.45 stroke average while in Pensacola.

Fell repeats as the Coach of the Decade after earning the award back in 2010. From 2011-20, the Pensacola native has led UWF to the NCAA Championship Match Play four times – finishing second, third twice and fourth in the last four championships. The Argos have won two of its record five NCAA Regional titles this decade while totaling 37 overall titles and eight of nine GSC crowns. 2017 was a banner year for Fell as he was named the GCAA National Coach of the Year and inducted into the GCAA Hall of Fame.