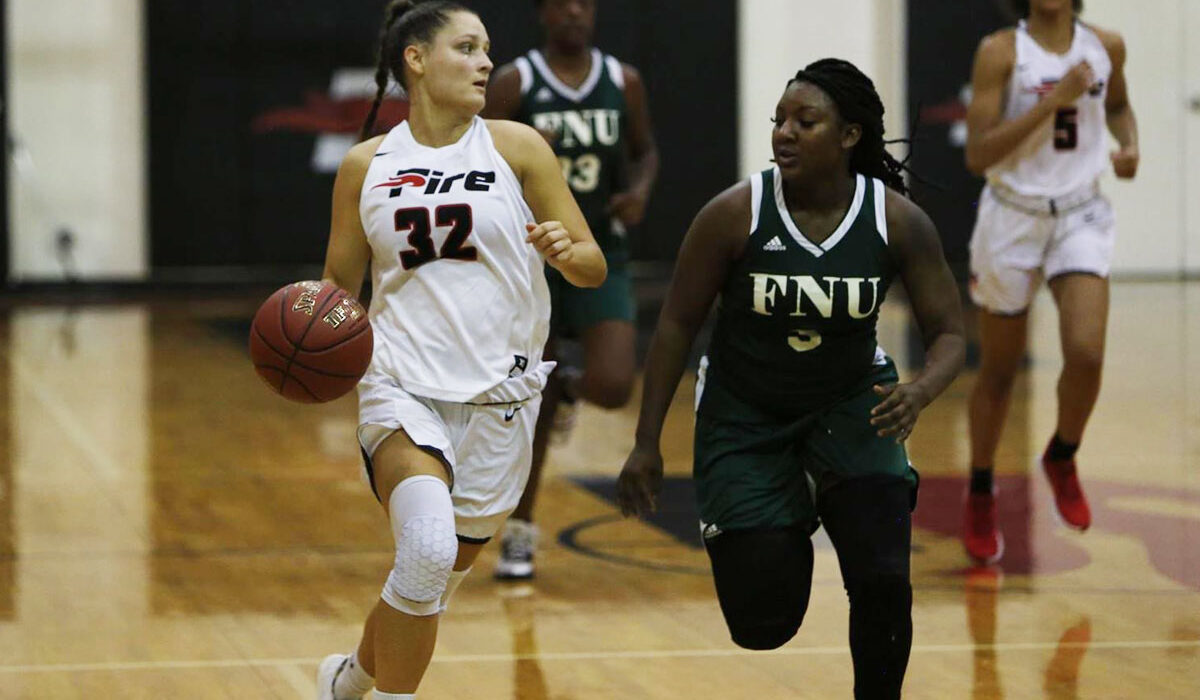 LAKELAND, Fla. — In its 2020-21 season opener, the new look Southeastern University women’s basketball team powered past the Florida National Conquistadors by a score of 96-51. This marks the seventh straight season-opening win for the Fire.

Head coach Tim Hays talked about his team’s performance after the game,

“Couldn’t be prouder of our group for stepping in after a very long summer,” Hays said. We played hard and had fun, did some trademark stuff of getting stops and running out in transition.”

That was the difference in the game between the two squads as the Fire scored 29 points off 26 Florida National turnovers and outscored the Conquistadors 50-18 in the paint. In total, seven different players recorded a steal for Southeastern.

Junior transfer Bekki Kalaydjiev played a role in forcing turnovers and converting in transition as she ended the night with 18 points, a team-high five assists, and four steals in her SEU debut. Afterwards she commented on what led to her team’s strong defensive effort, “I think we did a great job of pressuring the ball. The people who came in off the bench did a great job of keeping the energy up and that allowed us to make plays on the ball and get easy buckets in transition.”

The Fire jumped out to a 15-5 lead in the first quarter thanks to 11 combined points from Angelina Hammond and Haley Howarth, two key returners from last year’s team. The two were consistent throughout as Howarth finished with a game-high 22 points, converting on six of her 18 3-PT attempts. Hammond, meanwhile, tallied 14 points and six rebounds.

Southeastern extended their lead to 42-24 before the end of the first. Senior Jade Odom scored seven of her ten total points in the first-half and chipped in with six rebounds and a team-high five steals.

The Fire scored 27 points in both the third and fourth quarters and only allowed six fourth quarter points to Florida National to seal the victory.

Senior guard Madi Hecox scored 17 points on 7-of-12 shooting and grabbed a team-high seven rebounds in her first career start.

Transfer forward Carmen Handy provided a spark off the bench in her first game in a Fire uniform with 11 points.