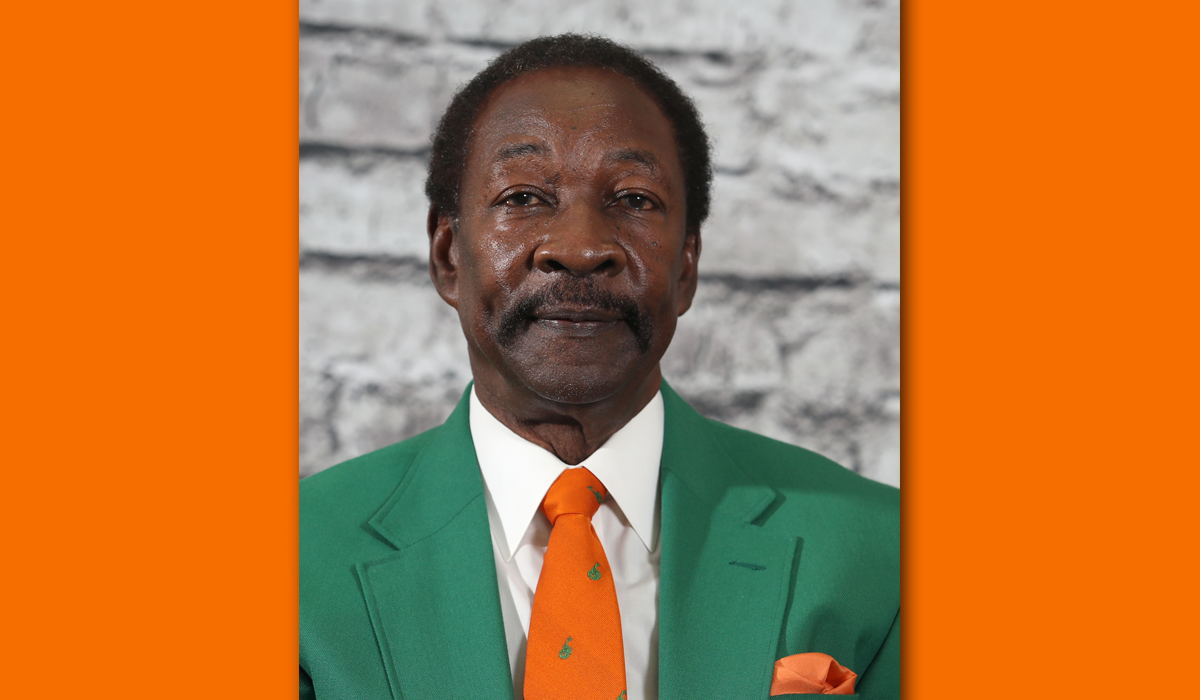 “I woke up this morning with a heavy heart as I learned of the passing of FAMU and NFL great Ken Riley,” FAMU Head Football Coach Willie Simmons said. “Coach Riley was one of the first to welcome me to the FAMULY and having him speak to our team before our first Orange and Green game is definitely at the top of my list of unforgettable moments as head coach here at FAMU. My deepest condolences go out to his family and we as football community will surely honor his memory.”

Riley was a four-year starting quarterback at Florida A&M and a Rhodes Scholar Candidate. In addition, he was the Senior Class President in both high school and college.

Riley’s football career didn’t end in Tallahassee as he was selected in the sixth round, with the 135th pick by the Cincinnati Bengals during the 1969 NFL Draft.

Riley, who had a stellar 15 year professional career for the Bengals (1969-1983), was converted to cornerback in training camp by legendary coach Paul Brown. During his rookie season, he racked up four interceptions and returned 14 kickoffs for an average of 23.9 yards per return. He also caught two passes.

Riley recorded 65 interceptions in his career, which was the fourth most in NFL history at the time of his retirement and is currently fifth on that list. Three of the top five players have been inducted into the Hall of Fame. While he is fifth on the NFL All-Time interceptions list, he remains the only player not enshrined in the NFL Hall of Fame.

In his 15 seasons, Riley, who rarely missed a game, recorded three or more interceptions in all but three years. In 1976, Riley racked up nine interceptions for 141 yards, a team record that stood for 30 years. He returned one interception for a touchdown and also set a team record by intercepting three passes in one game that season. Riley matched that feat again in 1982. In 1981, he recorded five interceptions as the Bengals went on to win their first Super Bowl. In 1983, Riley registered eight interceptions, two being returned for touchdowns.

He retired after the 1983 season with 65 career interceptions for 596 yards, and five touchdowns, which both still stand as Bengals records. He also recovered 18 fumbles in his career. Riley is third all-time in NFL history with 141 interception return yards in a season. In addition, he was also the Bengals’ defensive captain for eight seasons (1976-83).

After his professional career ended, Riley spent two years as an assistant coach for the Green Bay Packers. In 1986, Riley took over the head coaching duties at his alma mater, Florida A&M. While at FAMU from 1986-93, Riley compiled a 48-39-2 record, with two Mid-Eastern Athletic Conference (MEAC) championships and a pair of MEAC Coach of the Year honors.

Riley, who was inducted into the FAMU Athletics Hall of Fame in 1977, served as the Florida A&M Athletics Director from 1993-2004, before retiring in Bartow, Fla. A member of the Alpha Phi Alpha fraternity, Riley was named to the Florida High School Association All-Century Team, which selected the Top 33 players in the 100-year history of high school football in the state of Florida’s history.