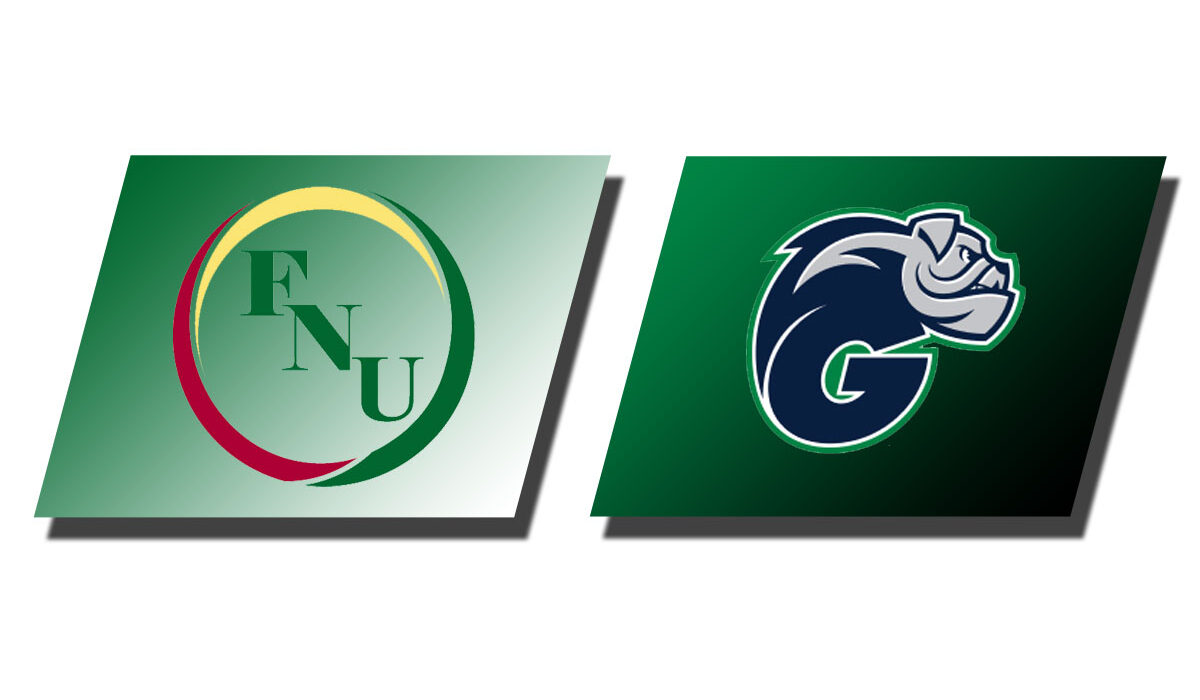 AVE MARIA, Fla. – The Ave Maria University men’s basketball team extended their winning streak to five games on Wednesday night, cruising to a 99-81 victory over the Florida National University Conquistadors at the Rhodora J. Donahue Academy gymnasium in AMU’s final game of the 2020 calendar year. The Gyrenes, powered by a 58-point outburst in the first half, ended a six-game losing streak to FNU, which dated back to the 2013-14 season.

The first half was the Eric Klekas show, as the senior exploded for 27 points. The Elko, Nevada native made ten of his 15 field goal attempts, including six of eight three-point tries. During the first half, Ave Maria used an 18-0 run to extend an 18-10 lead to 36-10, essentially taking control of the game for good. The lead would continue to grow from there, as the Gyrenes took a 58-28 advantage into the halftime break.

Led by Klekas’ effort, the Gyrenes shot 56.4 percent from the field in the first half, including a 50 percent mark (7-for-14) from beyond the three-point arc. AMU was also dominant on the glass, grabbing eleven offensive rebounds and holding a 29-14 advantage in rebounds over the first 20 minutes. On the other side of the floor, nearly half of FNU’s points were scored by Jeffrey Hernandez, who scored 13 points on 6-of-11 shooting.

For the game, Ave Maria made 50.7 percent of their shots, including ten three-pointers. The Gyrenes also held a 52-34 advantage in the rebounding category, and grabbed 17 offensive rebounds. Florida National actually made more three-pointers than the Gyrenes, 13-10, but the Gyrenes more than made up for it with a 54-32 advantage in points in the paint.

Klekas was the game’s leading scorer, putting in 29 points and narrowly missed out on a double-double with nine assists. Fernando Salsamendi added yet another double-double with 13 points and 16 rebounds, a total that tied for second in AMU single game history. Four other Gyrenes were in double figures in the victory – Chayse Culpepper (12), Matt Gillis (11), Joseph Hahnenberg (10), and Chosen Levarity (10). Hernandez was FNU’s top scorer with 22 points on 20 shots.

Ave Maria is done for the 2020 calendar year, and will enter 2021 with a 9-4 record. The Gyrenes’ next game is scheduled for January 2, 2021, on the road against the St. Thomas University Bobcats. AMU’s return to Sun Conference play comes in Miami Gardens, and marks the start of a stretch of four conference games in eight days. Tipoff between the Gyrenes and Bobcats is scheduled for 4:00 p.m. on the first Saturday of the new year.