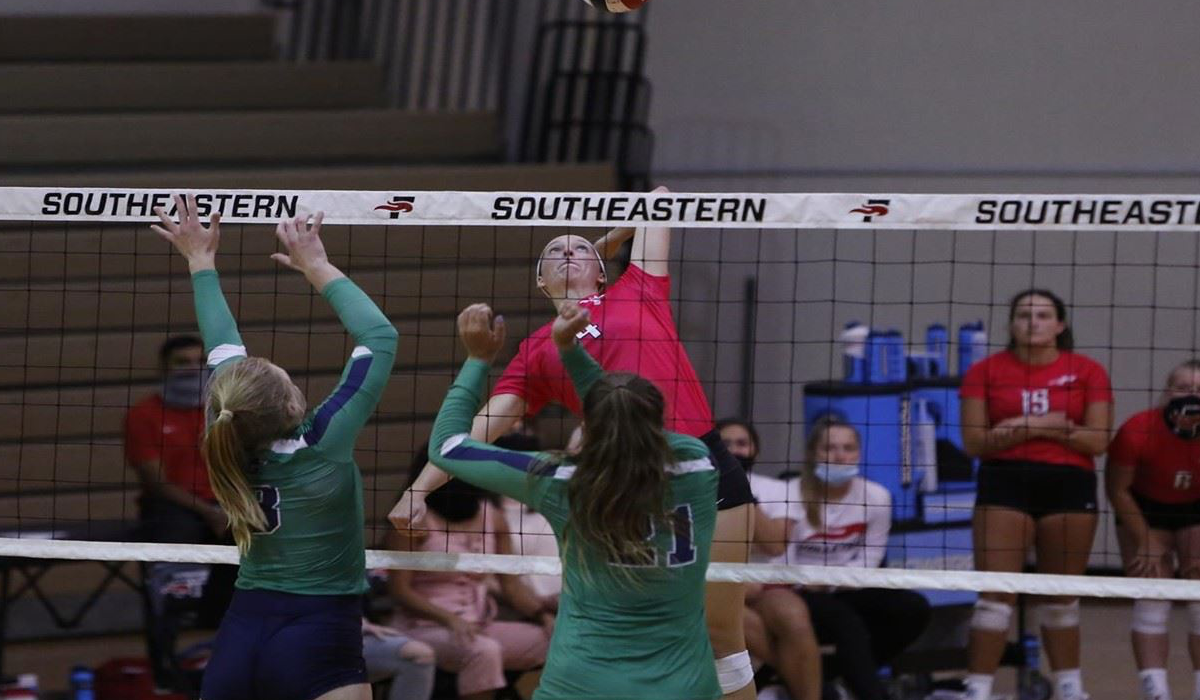 LAKELAND, Fla. – Southeastern won the first five rallies of the match but were unable to sustain the momentum, losing in straight sets to Ave Maria.

Senior Emily Boehlein had a kill to open the night and also had a block alongside Julia Alves to make it 5-0 Fire in the first. Alves also added a kill on the second rally. Boehlein led the Fire with a double-double effort of 10 kills, 10 digs, and added three blocks and an ace.

In the second, the Fire held a 6-4 lead, taking advantage of a pair of Ave Maria miscues. The Gyrenese answered with six straight points to take control of the set and force a timeout. Ave Maria won the second by the score of 25-18.

Even after falling behind 7-2 in the third, the Fire kept battling and scored three straight points to get within two. Once again, the Gyrenes were able to answer with six straight points to take a 13-5 lead. SEU got within four once more but another 6-0 run put AMU up 20-10 and it went on to win 25-13.

Fabianne Besosa led the back row with 14 digs, and Emily Eurice had 24 assists.

The Fire head to Marietta, Ga. this weekend for four matches at the Running Eagle Invitational.