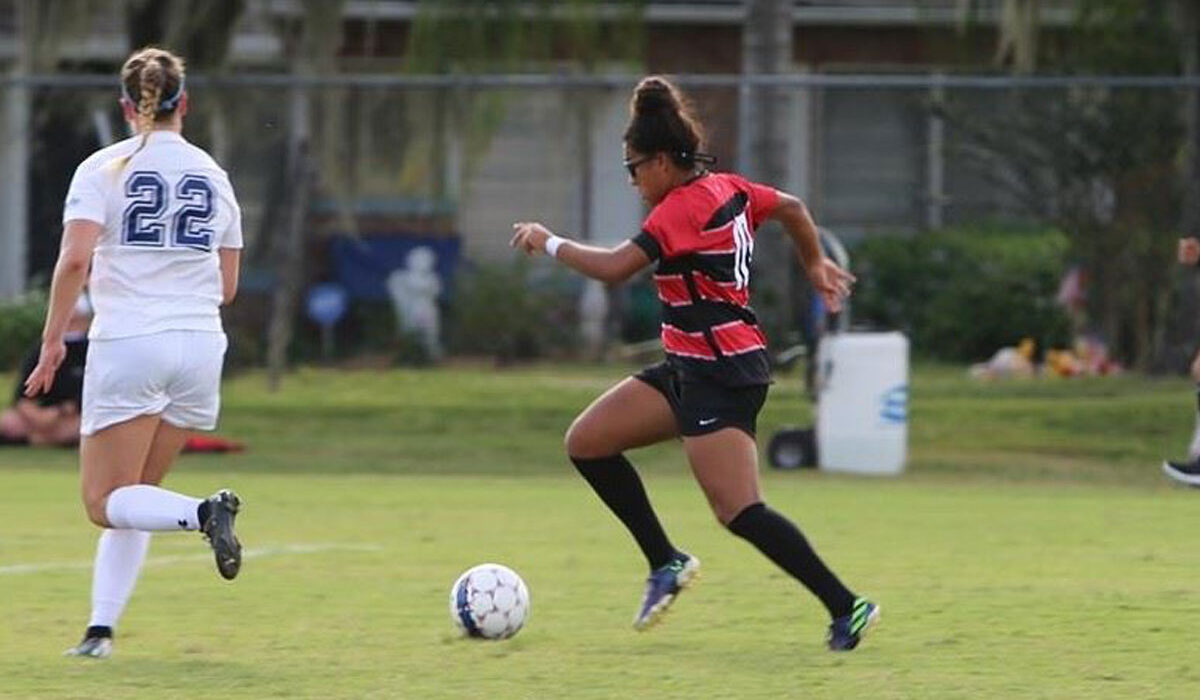 LAKELAND, Fla. — Southeastern moved to 3-0 on the season with a 3-0 victory over USCB on Saturday night, getting multiple points from senior Aisha Solorzano and sophomore Naira Lopez.

Solorzano picked up her first two goals of the season, finishing a feed from the midfield by Lopez in the ninth minute, and added a second in the 36th to help keep the Fire unbeaten.

“Aisha is a special player that can take over a game at any moment and she did that today,” said coach Alan Berrios.

In the second half, Lopez picked up her sixth goal of the season in the 72nd minute on a ball from Jennifer Luna to give the Fire a three-goal margin.

The Fire defense limited the Sand Sharks (1-1) to just two shots, with only one on frame. Through 270 minutes, Southeastern has not conceded a goal and have outscored its opponents 11-0.

“Our back line has been solid since Day 1,” said Berrios. “We have a group of seven or eight girls that can start there. That group, along with (keeper) Holly (Eddins) has been awesome.”

Southeastern returns to action on Monday with a non-conference game at 5 p.m. against Florida National at home.