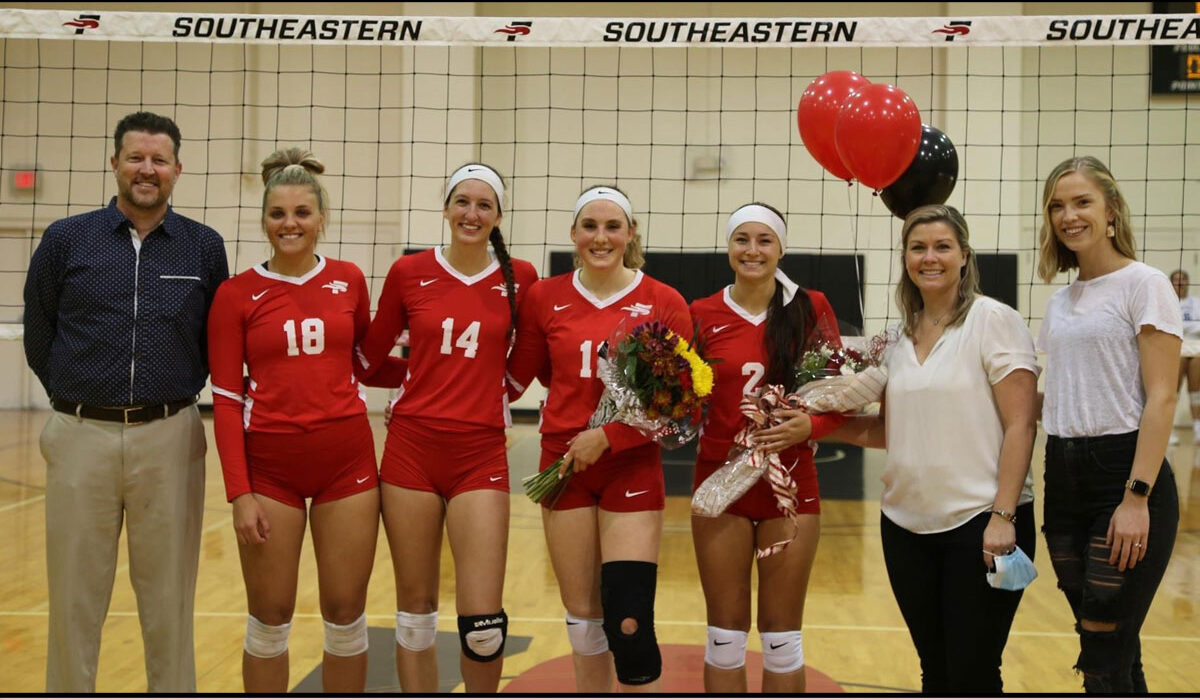 LAKELAND, Fla. – Southeastern had a tough day on offense against the unbeaten Seahawks of Keiser in the regular season finale.

While the offense may have struggled, the Fire showed great effort and hustle on the defensive end, generating 43 digs and three blocks.

Keiser hit .341 in the first set with 19 kills and just four errors. The Seahawks had just nine attacking errors for the match.

Senior Morgan Swanger led the offense with nine kills, and also added nine digs and a par of assists. Senior Hannah Kaszubowski paced the back row with 13 digs and added three kills and an ace. Katie Chillura added 12 digs and two assists.

Julia Alves was in on three blocks to help the defense at the net.

The Fire will travel to Ave Maria on Friday for the quarterfinals of The Sun Conference Tournament.