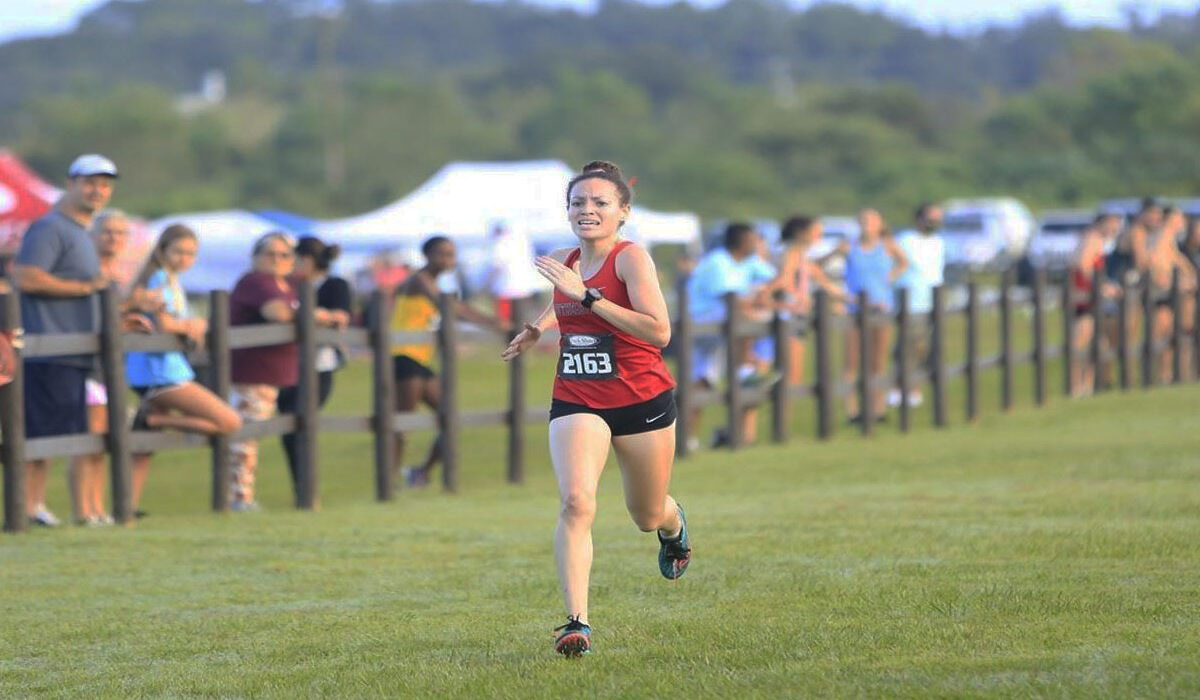 LAKELAND, Fla. — The Southeastern University cross country team was almost perfect in its second meet of the season.

With a score of 18, the Fire were just three points away from a perfect score and were almost 70 points clear of second place Ave Maria with an average time that was more than two minutes faster.

“We had a little bit different strategy this week to take it out a little bit easier at a tempo pace for the first mile and a half and they executed that perfectly and moved up through the pack and did what we came here to do,” said coach Paul Kurtz.

Junior Julia Rohm was in control for most of the 5K race, winning the overall title for the second year in a row and posting a time of 19:33.

“The first two miles were comfortably fast, then I tried to pick it up a little bit the last mile,” said Rohm, who is unbeaten this season. “It felt pretty good today. It was really good to run with my team at the beginning and we all feel good running together.”

Senior Raeanna Pabon was 27 seconds behind Rohm, placing second in 20:00.

“I’m kind of known for being one of the better pacers on the team, so I wanted to make sure that we ran at a comfortable pace and have some strength at the end,” said Pabon.

The Fire had seven of the Top 10 runners with sophomores Liliana Baker and Emma Woltjer followed by junior Isabel Oliveto finishing fourth, fifth, and sixth and doing so within nine seconds. Baker posted a time of 20:32 followed by Woltjer at 20:36, and Oliveto at 20:41.

“We really pushed each other the first mile and got in a groove and it was nice to run all together,” said Baker. “I underestimated the sand a little bit so it was tough to find some footing at the beginning.”

Next Saturday, the Fire will run at Ave Maria University in a preview of The Sun Conference Championship.