Southeastern’s second half effort comes up short against Keiser 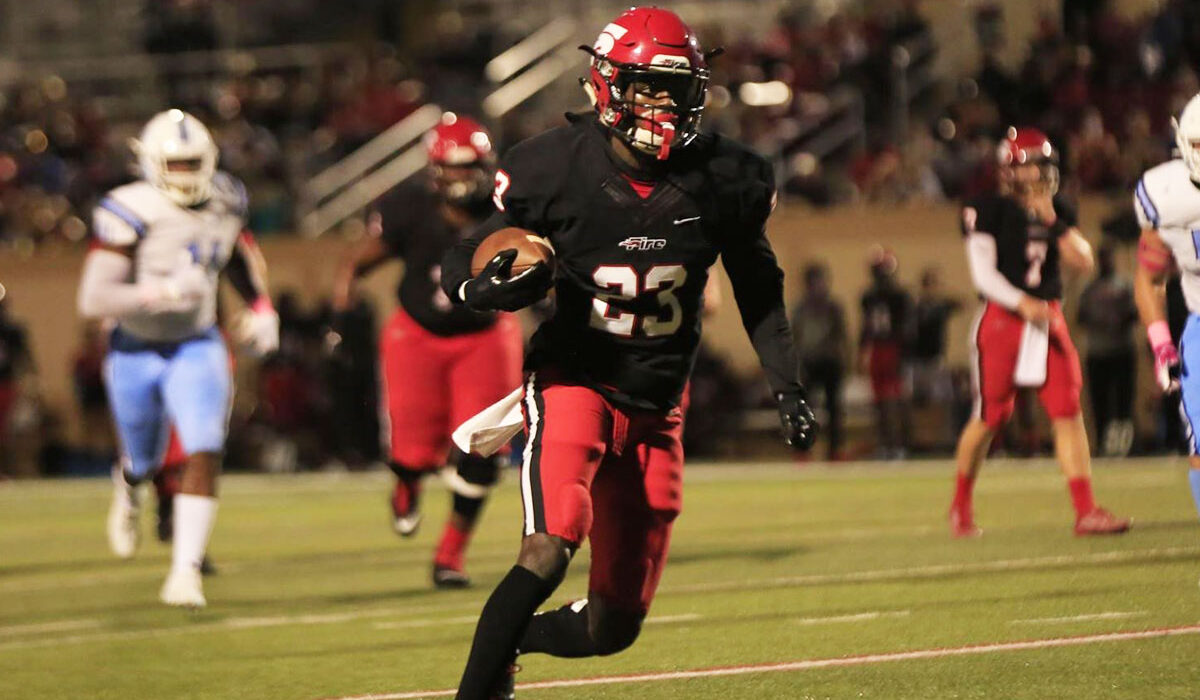 LAKELAND, Fla. – Despite trailing by two scores at multiple points during the game and having a third-string quarterback in the game, the Fire still had themselves in a position to tie or take the lead at the end.

Unfortunately, the rally came up just short as Southeastern dropped its first game of the season to Keiser, 31-28.

The Fire defense held the Seahawks to just 62 yards of offense in the second half after racking up 246 in the first half.

Keiser (4-0) got off to a fast start, going 62 yards on four plays on their first possession with Marques Burgess scoring the first of his three touchdowns on the night from 15 yards out. The Seahawks got a 78-yard punt return from Michael Robinson to set up a three-yard TD run by Burgess to put KU up 14-0 just over five minutes into the game.

Southeastern answered back with an 11-yard touchdown pass from Cooper Jones to Wendell Harris on their next drive, converting on third-and-goal.

Following a three-and-out, the Fire got a 33-yard touchdown pass from Jones to Eugene Witherspoon on fourth-and-nine to tie the game.

With 9:22 left in the second, Burgess picked up 40 on third-and-four to give Keiser the lead back. The teams traded interceptions late in the quarter, with Keiser using theirs to set up a 20-yard field goal at the end of the half to go up 24-14.

The Fire defense forced a quick three-and-out to start the third quarter, then recovered a fumble at the one-yard line on the next possession which set up a Jones QB sneak to get the Fire back within three.

“I was proud of the effort of our guys and the way they fought back,” said coach Cesar Rivas-Sandoval. “Unfortunately we dug too big of a whole and made too many mistakes tonight.”

However, the ensuing kickoff was returned 89 yards for a touchdown by Caleb Walls to put the lead back at 10.

Southeastern got it back to three, using an Eddie Graham interception to take over at the Keiser 40. Six plays later, Bryan Bell scored from three yards out for his fourth touchdown run of the season.

The Fire had one last chance at the end of the fourth after the defense got a turnover on downs at their own seven. Demetrius Burns found Witherspoon for a 50-yard completion to get into Keiser territory, then got to the 33 after the Seahawks were hit with a facemask penalty, but Burns was intercepted in the end zone to ice the game.

Witherspoon finished with five catches for 134 yards. The Fire struggled to get the run going as five different ball carriers netted 92 yards.

The Fire return to action next week at Ave Maria.