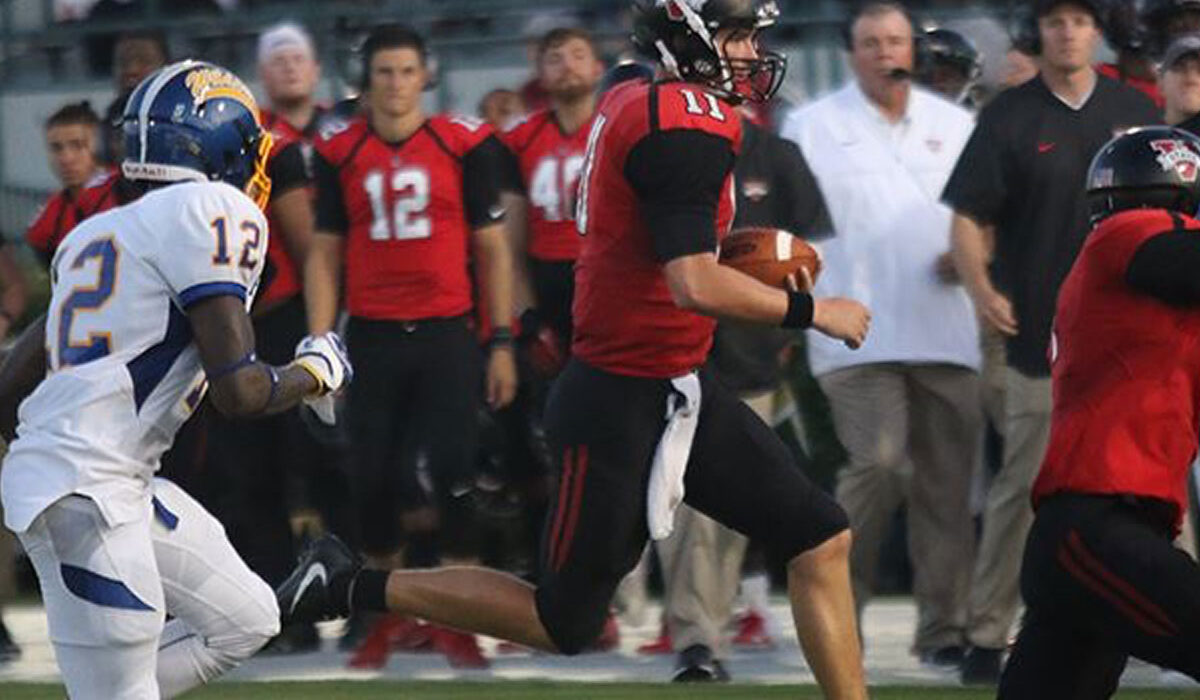 We’re hoping there will be plenty of football to talk about in 2020. In the mean time, here are the top small college football programs in the Southeast during the previous decade.

The list is compiled of the 10 programs that have earned the most victories from 2010-2019.

10. Carson-Newman Eagles (75-39)
The Eagles earned a couple of South Atlantic Conference titles in the decade and stayed steady in the upper half of the league standings. They also made four playoff appearances, going 3-4 in the postseason.

T-8. Cumberlands Patriots (77-34)
The Patriots finished the decade with back-to-back 10-win seasons and earned four double-digit win totals in that time. Cumberlands made five trips to the playoffs and won five playoff games, making the national semifinals in 2013.

T-8. Tuskegee Golden Tigers (77-34)
Nine seasons with a winning record and six trips to the postseason helped Tuskegee to find a place on this list. Picking up 77 wins with only one season with a double-digit win total shows the consistency of the program.

7. Centre Colonels (78-26)
The Colonels won or shared three SAA titles and made three trips to the playoffs and stayed at or above .500 in each season.

6. Georgetown Tigers (79-30)
A dichotomy in the decade for the Tigers – the first five years saw five playoff berths and the last five saw only one. Still, six trips to the postseason in 10 years and no losing records in that span.

5. Thomas More Saints (81-26)
Although in the NAIA now, the Saints picked up most of their wins in D-III. Four times, Thomas More won or shared a Presidents Athletic Conference title and four times it went to the D-III playoffs. The only losing record came in the first season with a full NAIA slate – 2019.

4. Lindsey Wilson Blue Raiders (82-33)
The Raiders are on a roll with five playoff appearances in the last six years. Lindsey Wilson made it to the national semis in 2019 and are poised to make another run, if there is football in 2020.

3. Lenior-Rhyne Bears (83-36)
This decade has been a roller coaster ride for Bears fans with four double-digit win seasons and a pair of back-to-back three-win years. But the good years were very good years with five trips to the playoffs and a national runner-up finish in 2013.

2. Winston-Salem State (84-30)
The start of the 2010s was the better half of the decade for the Rams, which included a 37-4 stretch from 2011-13. Winston-Salem made six straight playoff appearances and earned a national runner-up finish in 2012.

1. Valdosta State Blazers (88-27)
Valdosta State was the team of the decade. The Blazers had winning seasons in each year, made the playoffs seven times, had a national semifinal appearance and earned two national championships – 2012 and 2018 – with an undefeated season in the latter.