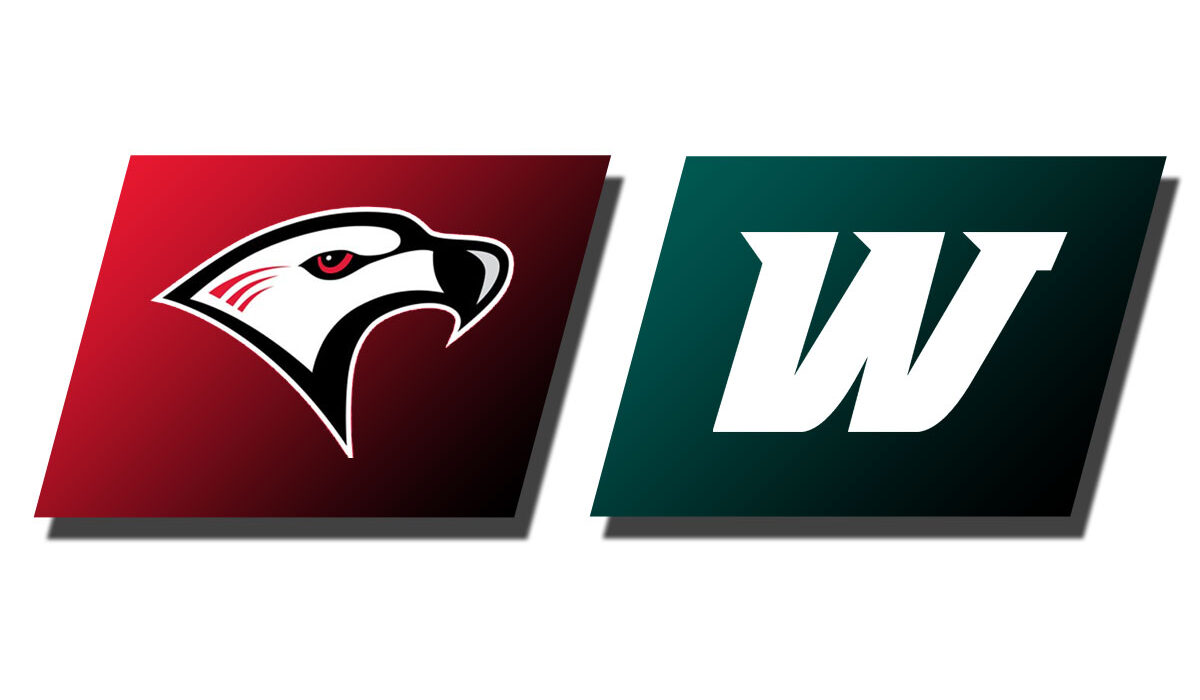 BABSON PARK, Fla. – The Warriors’ quest for a fifth straight win was thwarted by a scrappy Florida College team as in the end, a two-set lead would not be enough for the Webber International University women’s volleyball team in a 3-2 (23-25, 24-26, 25-13, 25-18, 17-15) loss at home on Tuesday night inside the Sabbagh Athletic Center.

After Webber (4-2 overall) won each of the first two sets by the minimum number of two points, Florida College (1-0) responded by hitting .529 percent in a dominating third set, and then hit .344 percent and .300 in the fourth and fifth set, respectively.

Tied 23-23 in the first set, the Warriors went up 1-0 on a Falcons’ service error followed by the first of five service aces on the night by Madelyn Glouner.

Webber then went up 2-0 by winning the second set on back-to-back kills by Sara Weisrock and Swey Brown.

Lastly, after the Warriors led 10-5 in the fifth set thanks to back-to-back aces by Yanileb Figueroa, Florida College scored four straight to get back to within one and then overcame Webber having match point up 14-11 by going on a 6-1 run to win it.

Weisrock led the Warriors in kills with 10 and added three blocks while Nora Burgos-Heredia had nine kills to go along with a 300 attack percentage and five blocks.

Amanda Vega dished out 18 assists and was only one dig shy of a double-double while Camryn Brown had 10 assists and eight digs, and Gabriela Lopez had 19 digs. In fact, five different Warriors finished with eight or more digs as Figueroa added nine and Abbey Darress had eight.

“This was Florida College’s first match of the season, and they did a great job,” said Webber’s Head Coach Gretchen Hand. “We definitely felt the loss of Svenja Koenig and Kiersten Tisdale tonight, but we look forward to having them back for our next match on Saturday. We have to take care of our side, and when we do that, we win.”

The Webber women’s volleyball team will return to Sun Conference action this Saturday on September 26 as the Warriors travel to Miami Gardens, Florida, to play St. Thomas Universit