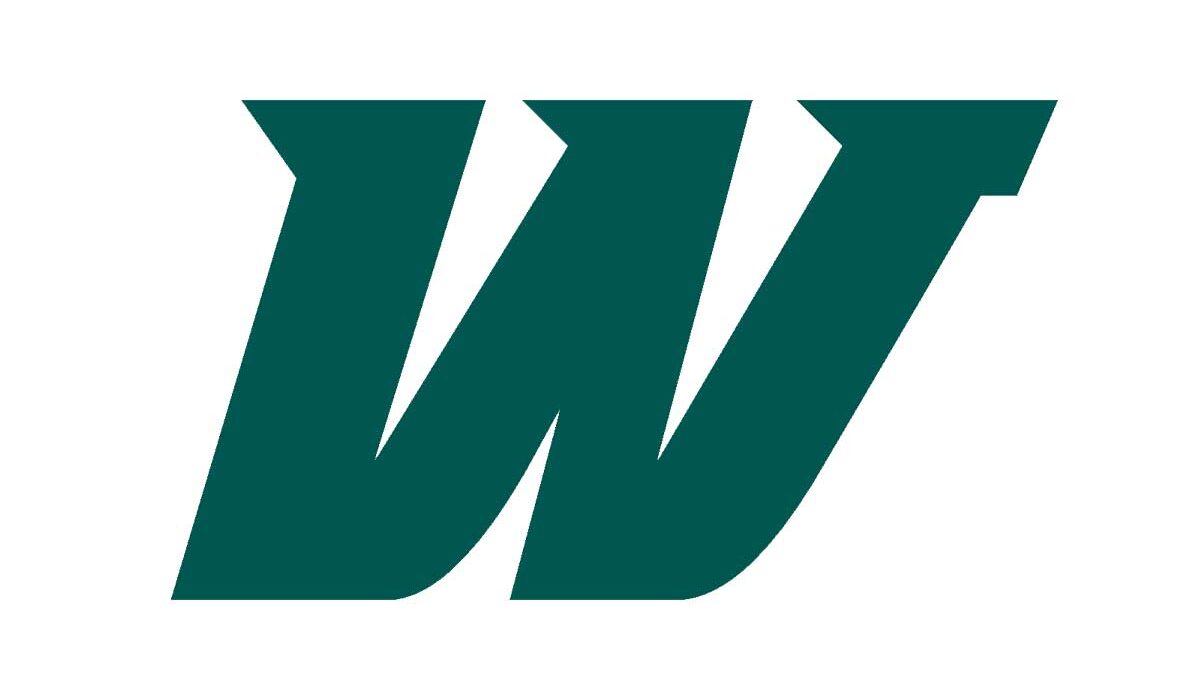 LAKE WALES, Fla. – The Sun Conference Women’s Volleyball Game of the Week between Crooked Lake rival Webber International University and Warner University certainly lived up to the hype, and in the end it was the visiting Warriors who came away with a thrilling 3-2 (16-25, 25-20, 19-25, 25-21, 16-14) victory over the Royals on Wednesday night inside the Tuner Athletic Center.

The story of the match was a Warrior team that simply refused to quit. Twice Webber had to battle back from down a set to tie it, and then in the deciding fifth set, the Warriors had to overcome a five-point deficit before needing a final two points tied at 14-14 to come back and win.

The next three points then went back to the Royals to make it 10-5, but then the fourth kill of the match by Hannah McCarty followed by the sixth service ace on the night by Kiersten Tisdale and an assisted block by Svenja Koenig and McCarty started a 7-0 Webber run.

A seventh service ace by Tisdale tied it up at 10-10, and then another kill by McCarty put the Warriors ahead for the first time in the fifth set at 11-10.

McCarty third kill of the set then made it 12-10 Warriors to cap the 7-0 run, and then two points later Madelyn Glouner earned a kill to make it 13-11.

However, Warner would not go away either and fought back to tie it at 14-14, and that is where Glouner stepped up again and made her mark with a big-time kill to make it 15-14, and then an attack error by Warner was all she wrote.

“I am very proud of our Warriors’ effort tonight,” said Head Women’s Volleyball Coach Gretchen Hand. “Tonight we build girt and tenacity and fought together as a team. We are excited to keep improving together.”

In all, Glouner finished with 11 kills and was one behind the Warriors’ leader in the category, Sara Wiserock, who had 12 kills.

Amanda Vega added five kills and 12 assists while the leading in the assists category for Webber was Cameron Brown with 17.

Defensively, Tisdale recorded 20 digs and had seven extremely important aces to go along with her night, and Gabriela Lopez added 12 digs.

It was an extremely slow start to begin the match for the Warriors, who never led in set number one and trailed 8-1 and then 13-5 early on before falling behind by 10 at 22-12 late in the set.

However, the second set started much tighter as neither team led by more than one until Webber finally went ahead by two at 11-9.

From there, the Warriors went up by five 17-12, but the Royals made it interesting by coming back to tie it at 18-18.

Then tied 19-19, Webber finished off the set on a 6-1 run thanks in large part to strong serving, including two aces by Tisdale. The final point of the set was a kill by Koenig for the Warriors to knot everything up at one set apiece.

In set number three, the momentum went back to the home team as after an 8-8 tie, three straight point by the Royals started a 10-3 run for Warner that put the Warriors behind 18-11.

In the fourth set, Webber tried to take the momentum back and doubled up Warner at 6-3 on a service ace by Lopez, at 8-4 on a solo block by Wiserock, at 10-5 on another ace by Tisdale, and again at 12-6 on an assisted block by Glouner and Koenig.

The Royals, however, got back to within two at 16-14 and then again at 18-16 before a 5-0 run for Webber featuring two more aces by Tisdale and a huge kill by Glouner to cap the run made it 23-16 Warriors.

Then with the score at 23-19, McCarty and Koenig combined on a block assist to make it 24-19; and three points later, a kill by Glouner, Webber’s finisher in this match, forced the fifth set.

Webber improved to 3-1 overall on the season and picked up its first Sun Conference victory of the year at 1-1 while Warner fell to 0-1 and 0-1 in what was both its season and its conference opener.

Webber will now face a tough test at home on Saturday, September 16, as the Warriors host the team picked to finish second in The Sun Conference preseason poll, Florida Memorial University. First serve is slated for 6 p.m. inside the Sabbagh Athletic Center as the Warriors look to get back into the win column against a Lions team that won twice against Webber last season after previously going 0-for-24 against the Warriors before that.