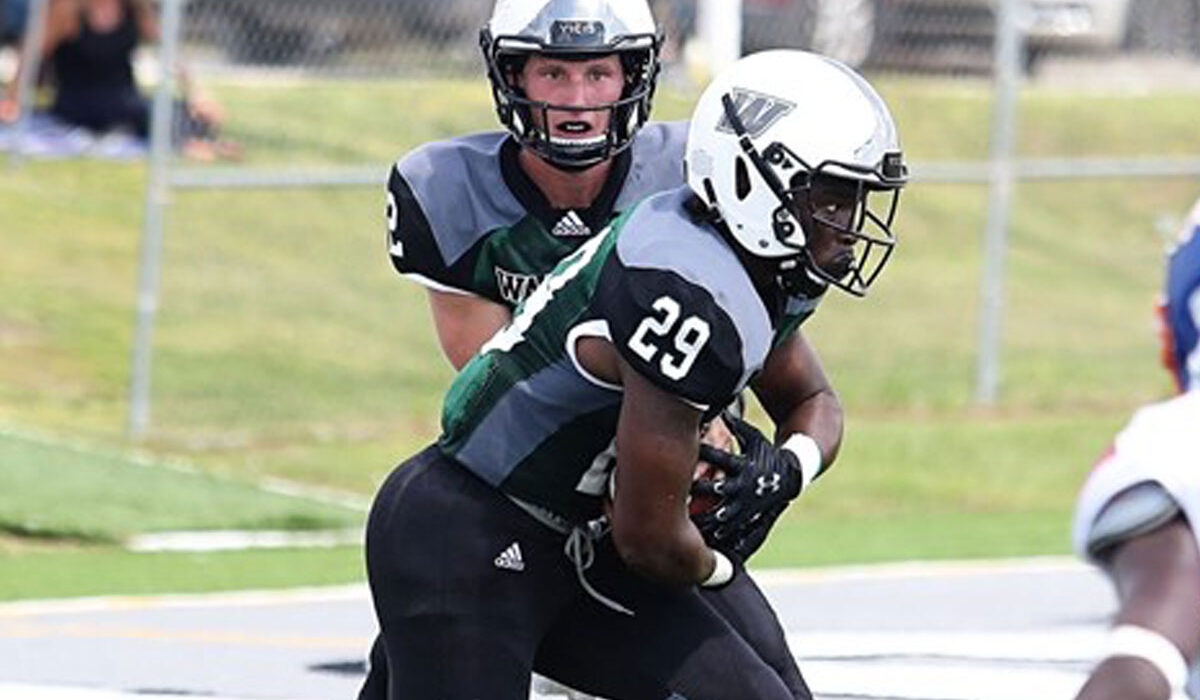 It was also the first Mid-South Conference Sun Division game of the season for both teams as Webber improved to 1-2 overall and 1-0 in the MSC Sun Division while Florida Memorial fell to 0-3 and 0-1 in what is the Lions’ first varsity football season in 62 years.

Webber opened the game with a nine-play, 70-yard drive that finished with quarterback Cody Bradenfinding Ethan Blanchard for a 10-yard touchdown pass.

Then on the first play of the second quarter, Braden and Blanchard hooked up again for an eight-yard score, and then the pair connected one more time on a nine-yard pass to make it 21-0 Warriors with four and a half minutes left before halftime.

The Warriors then added two more touchdowns in the final two and a half minutes of the second quarter to finish with 28 points in the quarter. Tremon Bright rushed one in from six yards out, and then with only 35 seconds left before the break, Braden threw his fourth touchdown pass of the half with a 45-yard bomb to Frederick Curry Jr. to make it 35-0.

Braden finished the first half 10-of-15 passing for 164 yards and four touchdowns, which was already good for his career high in passing scores.

After a 25-yard interception returned for a touchdown by Jamon Jones on the first drive of the third quarter, Braden then added to his career high in total touchdowns with a 39-yard run to make it 47-0 with 9:20 left in the third quarter. It was Braden’s second 39-yard rush of the game after he did the same back on Webber’s second play of the game to help set up the first score of the day.

The final points of the third quarter for Webber came via a 42-yard field goal by Austin Smith to make it an even 50-0, and then Jalen Williams came up with Webber’s second interception returned for a touchdown of the day, a 70-yard pick and score to make it 56-0.

It was the fourth interception of the game to that point for the Warriors after Joseph Burton recorded two picks in the second quarter alone. However, even more impressively is that Webber finished with six interceptions as a team as Trent Peacock and Justin Dixon both added takeaways in the fourth quarter as well.

Also on defense, Colton Cormier led the way with six total tackles while Tye Bailey added five and Jaren Muse had three. The Warriors also combined for four sacks while Burton had two tackles for loss, Bailey had 1.5, and Chandler Kerr and Jimmie Harper also had one.

In addition to the six interceptions and the four sacks, the Warrior defense also held FMU to only five total first downs, only one of which was on the ground, only eight total rushing yards, only 121 total yards of offense, and a third-down conversation rate of only 2-for-15.

Offensively, Braden finished the game 12-of-18 for 209 yards and also eclipsed the 100-yard rushing mark for the first time in his career with 106 yards on eight attempts, good for an average of 13.3 yards per attempt.

Tino Hunt added 73 yards on 12 attempts, good for an average of 6.1 yards per rush, Bright finished with 28 yards, and Shemar Troutman had 26 yards.

In addition to Blanchard’s three receiving touchdowns, the Warriors’ receiving corps was led by Hunt with four catches for 79 yards and Frederick Curry Jr. with three catches for 66 yards. DaShaun Young also had a clutch 33-yard reception on third down late in the first quarter to help keep the drive alive and set up Webber’s second touchdown of the game.

This was the final game in the month of September for Webber, who will now play four times in October, starting with a tough road game on Saturday, October 3, at No. 15 nationally-ranked Southeastern University at 7 p.m. at Victory Field in Lakeland, Fla.